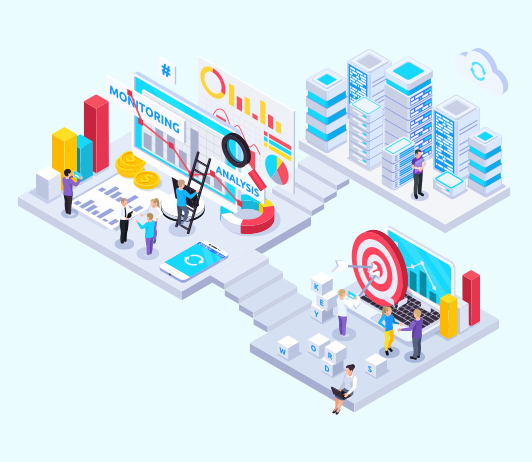 Imagine walking into a bookstore and realizing that a shelf has already been arranged with Stephen King books that you always wanted to read. All those books were lingering in your to-be-read list. The bookstore knows what you like to read, and it understands that you allow hardcovers to burn a hole in your pocket because you love books. It also knows about your current favorite genre.
How is this possible?
Maybe the bookstore can read your mind, or it simply tracks your life every day.
This blatantly sounds like an impossible scenario, and the ground reality is much different — in any random bookstore, books are never at their respective places.
But the way things work on the internet is crazy; the above scenario is achievable there.
Imagine scrolling through your smartphone, and stumbling upon an advertisement displaying Stephen King’s next release.
The fun part is: You are huge of Stephen King.

Internet, advertisers, smartphones know their owners. There is an entire ecosystem that is empowered by memory. Data runs in the veins of the online advertising industry, and Adtech memorizes this data. We are in an age of machines that learn and remember. They are designed to serve us in every possible circumstance.
The advertising industry now deals through programmatic advertising — waiting and manually juggling with transactions is obsolete.

What is Programmatic Advertising?

Programmatic advertising refers to the buying and selling process of advertisements performed using technological means (includes digital platforms and different components of the entire Adtech ecosystem briefly coming with an explanation shortly below). Look at it as a process holding the rules of the Adtech mechanism.
To put it another way, it prevents the need for manual insertion orders and negotiation by allowing software, platforms, and other technological means to take in charge of advertising transactions. It saves time a lot of time.

Okay. How Does it Work?

Programmatic advertising, as mentioned earlier, is a process. Explaining the process necessitates reference to the components involved. If you want a more detailed account of everything about Adtech, read here.
Understand that when we talk about programmatic advertising, the advertisement industry needs to be seen as the process undergoing real-time bidding. This means, at any moment, advertisers from different corners of the world are offered with real-time opportunities to bid on a simple impression among billions of impressions on the internet.
As of now, lets quickly go through DSPs, SSPs, ad exchanges, and ad networks by using the bookstore example.
Programmatic media buying includes the use of DSPs, SSPs and DMPs. DSPs, (demand side platforms) which facilitate the process of buying ad inventory on the open market, provide the ability to reach your target audience due to the integration of DMPs (data management platforms). DMPs collect and analyze a substantial amount of cookie data to then allow the marketer to make more informed decisions of whom their target audience may be.
On the publisher side of things, publishers manage their unsold ad inventory through an SSP (supply side platform). An SSP reports attention data such as how long a visitor was on a specific site or how many pages were viewed per visit. SSPs will ultimately be in charge of picking the winning bid and will serve the winning banner ad on the publisher’s site.
You are a huge fan of Stephen King, remember? So, of course, you search about him on Google and keep tabs on his next releases, interviews, and all the news surrounding him. The internet collects this data, which categorically defines that you are a fan of Stephen King. It builds your profile that reflects your browsing behavior encompassing likes, dislikes, shopping inclination, etc.
When you enter a website, it sends an ad request wrapped with your data to supply-side platforms connected to ad exchanges. A supply-side platform works for publishers, it helps in managing and selling of advertisement space (inventory) present on their websites.
This ad request is then forwarded by ad exchanges to demand-side platforms. Several demand-side platforms then enter into an auction-like contest called real-time bidding. It concludes with the selection of the highest-bidding DSP, which is allowed to display its advertisement.
Read more about Demand-side platforms here.
This entire ad buying process is defined and works under the guidance of the programmatic advertising process.

Before we jump in, try to understand what ad frequency is — the number of times your advertisement appears for any user in a day.
Frequency capping is limiting the ad frequency. It allows you to set a count for advertisements to appear. It applies to all ads broadcasted through the ad network.

Don’t Fall Into the Folds — ATF and BTF 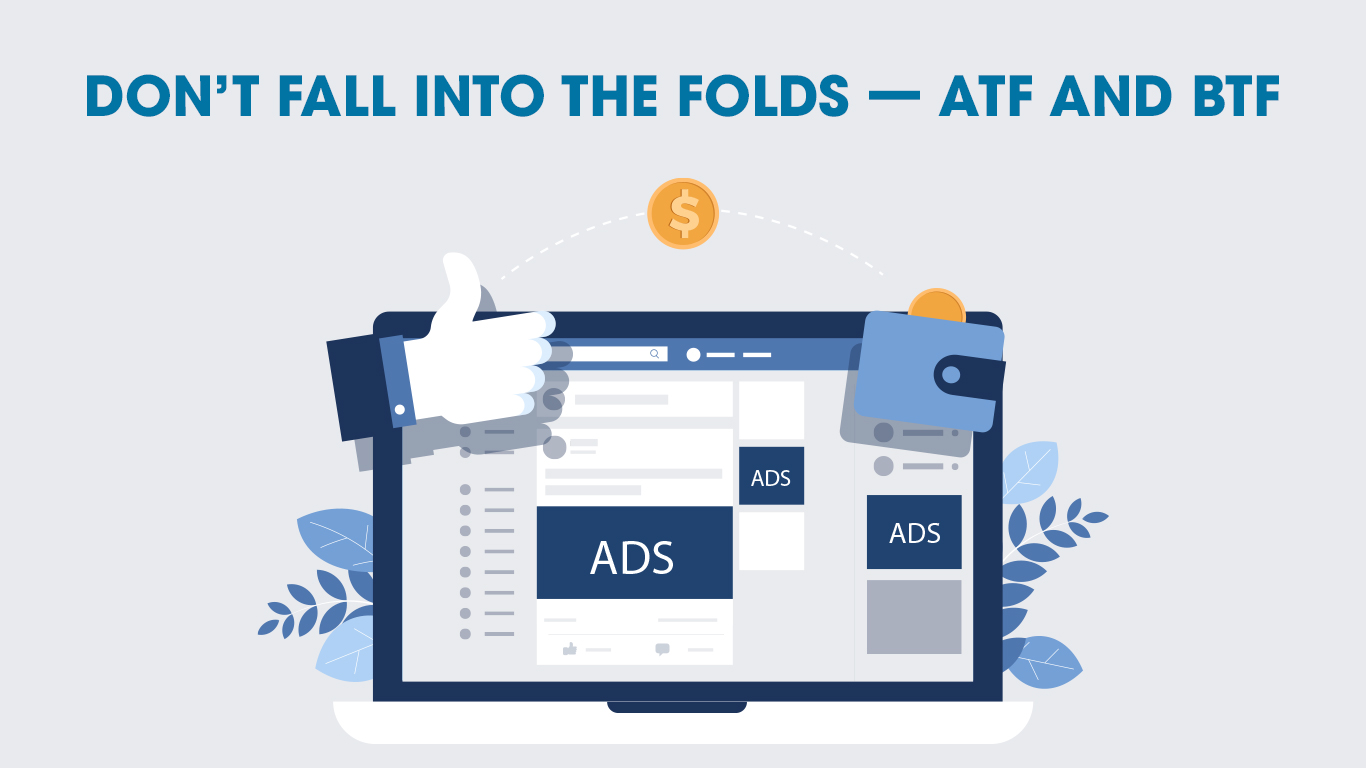 Above the fold and below the fold are crucial in taking care of viewability.
It simply means the place of an advertisement — above or below.
To know where to place an ad, one must be aware of visibility aspects related to web design.
Above the fold (ATF) is a term referring to the upper half portion of a web page, which is easily visible when the page loads on a browser. Due to its visibility factor, above the fold holds the most demanding space among advertisers.
Also, it is quite interesting to understand that many of us sometimes don’t scroll till the end, we instead skim the first half.

Benefits of Advertising on ATF

Having said that, always posting advertisements on the top is not the solution. Google has been realizing this, and thus, releasing algorithmic updates that penalize for overwhelming the AFT portion with advertisements.
Below the fold, as it must be clear by now, is a portion that falls below ATF. It typically involves the space that necessitates scrolling to become visible.

Run-of-site (RON) is a form of digital advertising campaign where ads can be placed in any part of the website. It targets all pages of the website, where you are not allowed to select the pages you wish to target.
If you place an ad on X site, ROS ensures that the ad will appear on X site. However, you cannot choose which page of the website.

Run-of-Network (RON), unlike ROS, is another form of digital advertising campaign where ads can be placed in any part of the network (consisting of different sites). Unlike ROS, which allows running an ad across a single site, RON provides access to various sites available on that particular network. It basically targets the available inventory within the network.
RON is helpful when you want to aim at a specific niche network. For example, if your brand deals with books, you can choose a network that engages people who love reading, not those who do Netflix and Chill. 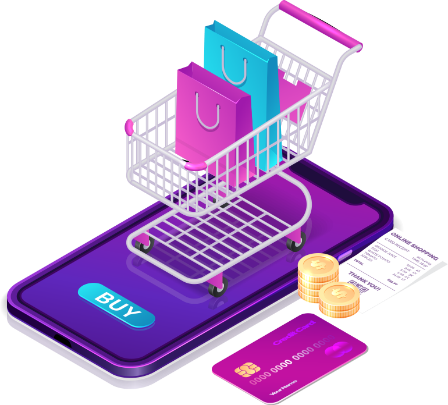 Also known as real-time bidding, open auction, and open exchange, the open marketplace is a regulated media buying place. Here, publishers make their inventory available to all advertisers who wish to place their advertisements. Advertisers then start bidding in an auction-like setting, where the highest bidder gets the chance to place the advertisement.

Also known as a private auction, closed auction, and invitation-only marketplace, the private marketplace works on the basis of invitation. It invites selected advertisers and lays the foundation for buying of ads for them.

Also known as private access or spot buying, preferred deals programmatic type sidesteps from the auction-like media buying process and sells. It pre-negotiates the price, and the advertiser is allowed to analyze the inventory to make sure it matches with the requirement

In this type of programmatic advertising, an advertiser gets a guaranteed number of impressions from chosen publishers. Here, ad space is predetermined and involves premium full-page takeover advertisement formats.

How Programmatic Advertising is Different from the Google Display Network (GDN)

Paid Advertising: Your Business Gets What it Pays For