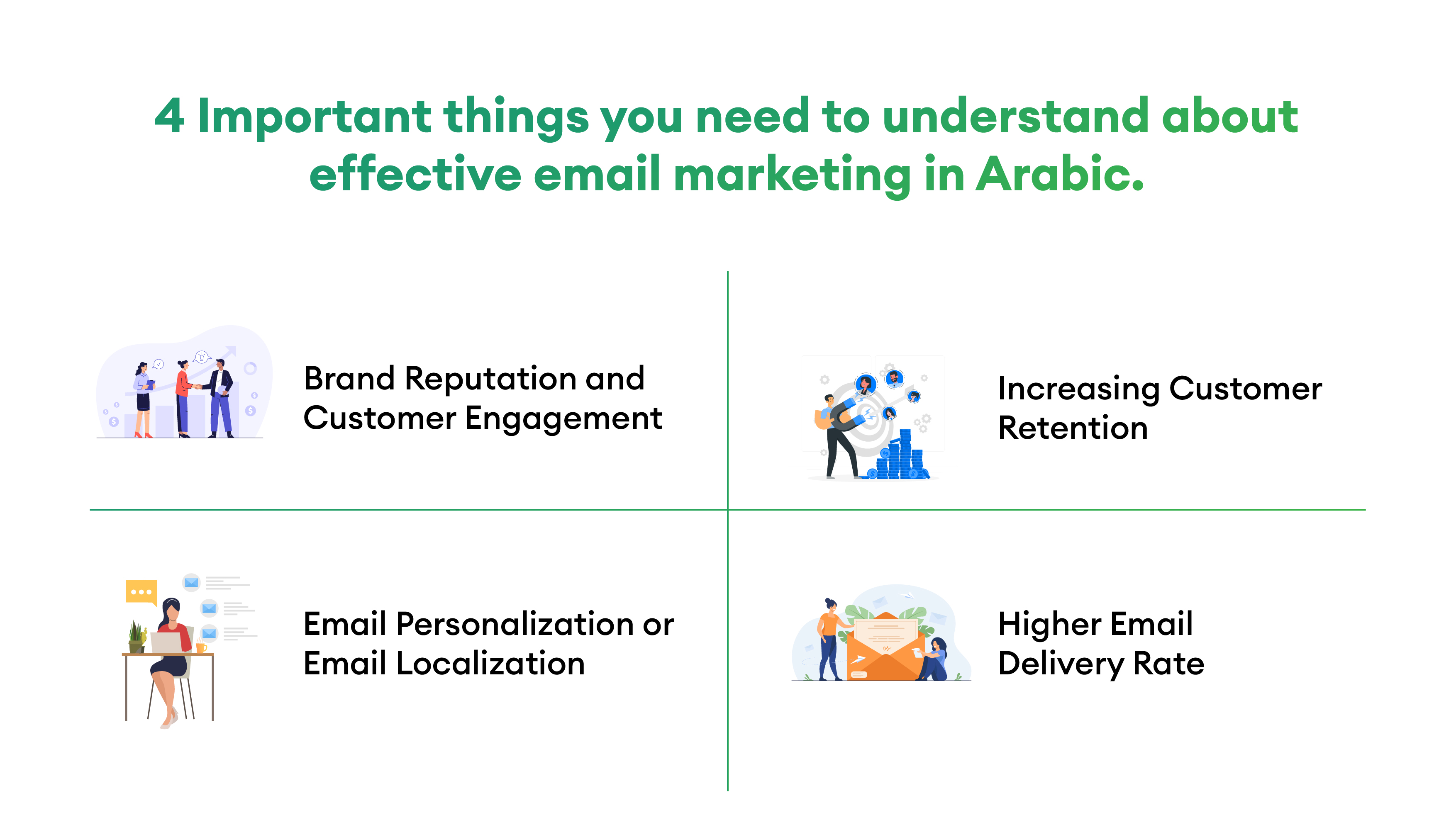 Email marketing, a sort of direct marketing, allows businesses to keep their clients’ contact lists up-to-date with new products, sales, and other information. Due to its substantial ROI, most companies’ whole inbound strategies rely on it. Modern email marketing emphasizes consent, segmentation, and personalization instead of mass mailing. Although it may appear time-intensive, marketing automation does the majority of the labor-intensive tasks for the client. A good email marketing strategy improves sales and develops brand community over time.

What is the importance of Email Marketing? 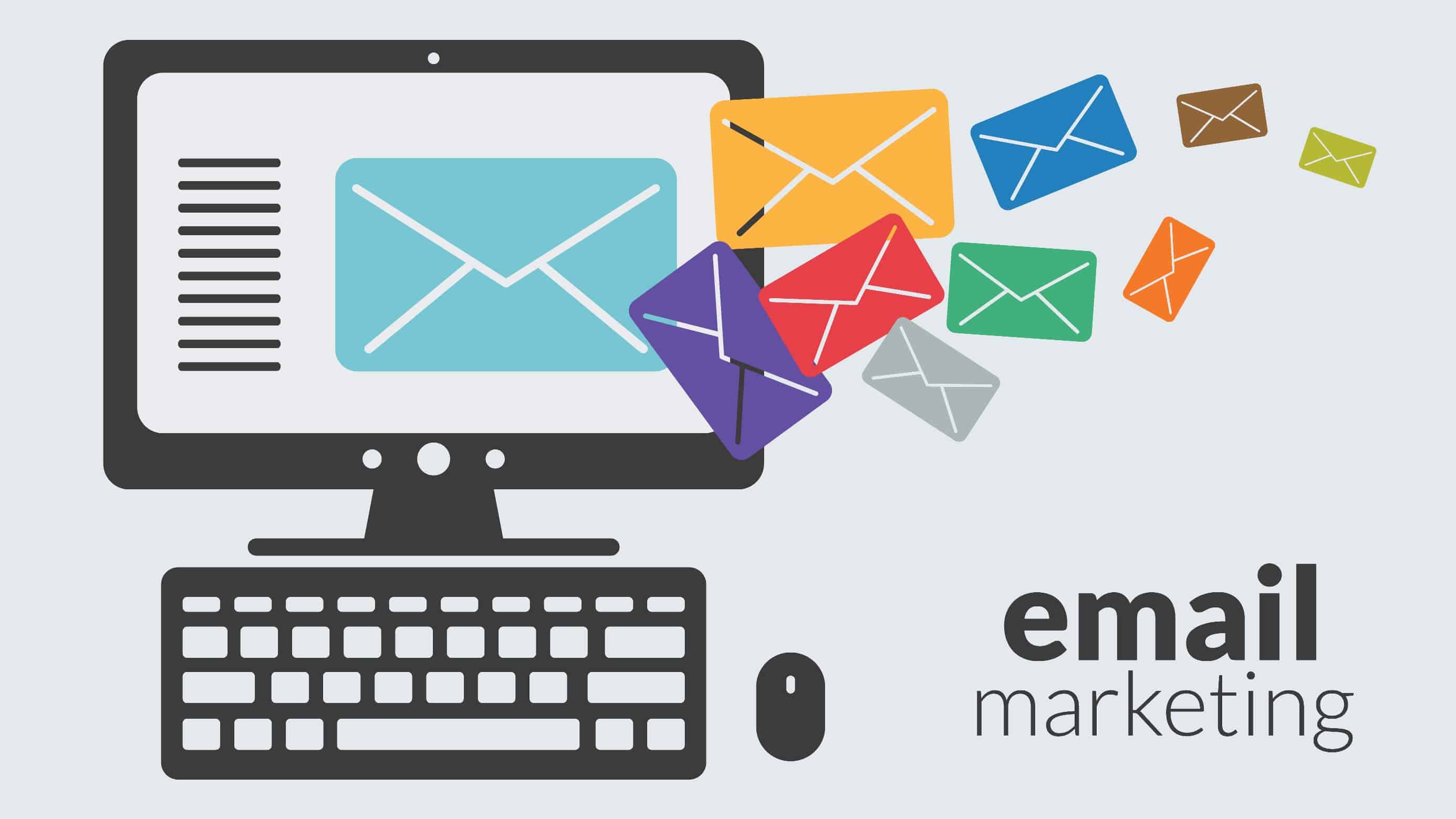 Communicating with and reaching out to your target audience with an efficient email marketing approach can improve sales at a low cost. Email marketing solutions ease your organization’s contact with clients, just as other platforms and media have evolved.

You can communicate with a vast consumer base for less than a penny for each message. In email marketing, the cost per conversion is relatively low.

Today’s marketers know the importance of an effective email marketing strategy and budgeting. Because every marketing dollar must affect small and large businesses, brands’ marketing channels must produce leads and influence return on investment.

With a good strategy, software, and a little grit, you can develop an email campaign that creates ROI. However, while starting an email list, there are initial costs to consider.

The cost of email marketing is dependent on the objectives of the campaign. As your firm grows, so too will its email needs. You can upgrade and enhance your package as needed on most email platforms. Depending on the platform and subscriber quantity, a mid-sized business should expect to spend an average of USD 0 to USD 1,000.

The Middle Eastern region and population.

The Middle East is geographically situated in Western Asia and extends into Egypt. The Middle East, which has a history that stretches back to the Middle Ages and was the birthplace of several vital religions still practiced today, comprises 17 nations. The Middle East is the homeland of numerous ethnic groups and is projected to have more than 411 million people as of 2016. The current population of the Middle East region is around 476 million.

This region has more than one official language because it consists of numerous nations. Persian, Turkish, Arabic, Kurdish, and Berber are the five languages widely used throughout the Middle East. Persian ranks second to Arabic as the language most commonly spoken in Middle Eastern nations. English is taught and utilized as a second language in several countries in the Middle East.

If you add up all the different dialects of modern Arabic, you obtain a number close to 313 million; this makes Arabic the fifth most spoken language in the world, after Mandarin Chinese, Spanish, English, and Hindi.

Egypt has the highest population, with almost 65 million individuals using Modern Standard Arabic. With around 29 million people, Algeria comes next. The following countries on the list after Sudan, with 27 million people, are Iraq, Saudi Arabia, and Morocco.

And that being said, a lot of the Arabian population demand content in their native language. Which creates a lot of diversified business opportunities. Knowing and delivering content in Arabic is crucial for commercial development, especially in the energy, construction, technology, and real estate sectors, which have helped several oil-rich nations like Saudi Arabia, which also claim Arabic as their official language, to grow significantly economically.

More than two-thirds (69%) of worldwide consumers say it is essential that brands provide an end-to-end customer experience in their local language, according to a 2021 global poll.

So, why is it necessary for brands and businesses to indulge in delivering content to consumers in their native language: 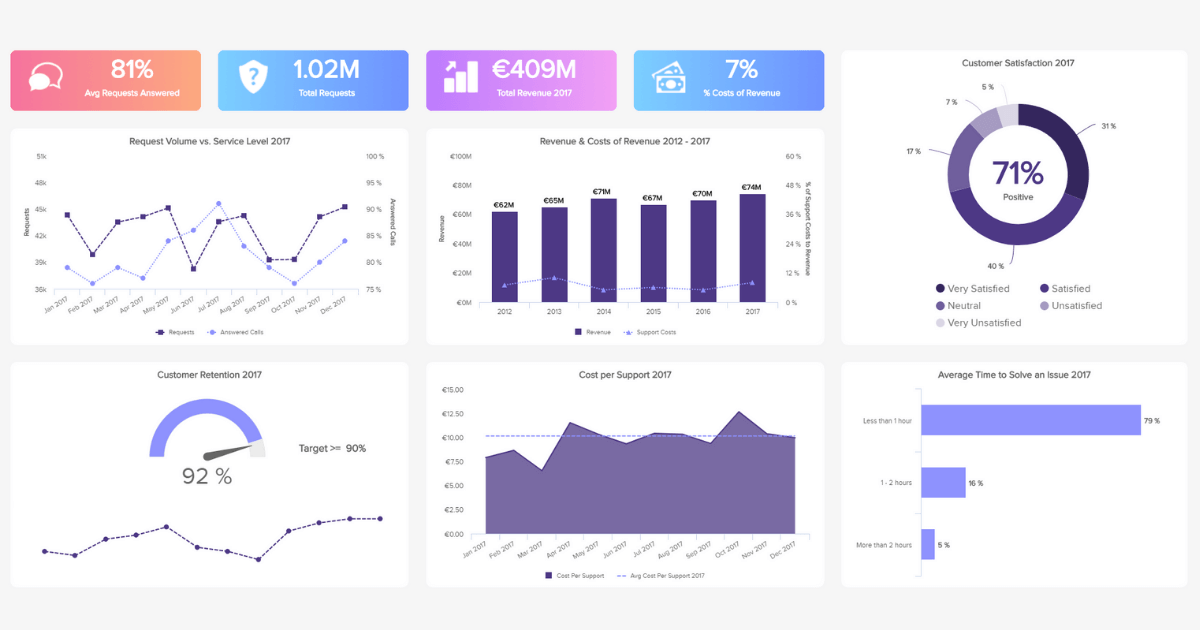 Customers demand that businesses speak to them in their own language. And when they don’t, it’s more than just a hassle. Customers believe the lack of multilingual experiences shows a brand’s priorities, which may signify potential bias against particular nations and cultures. Lack of local language experiences damages a brand’s reputation and lowers brand loyalty. And so, to keep your customers engage and loyal to you, a business must give them content in a way they wish to be receiving.

Online customers want companies that can communicate in their language. In a 2018 survey, Rbbi, the first data-driven agency in the Middle East, found that 88% of online buyers prefer to use their native language while making purchases. The region’s populace also has a high spending power, which attracts international brands and companies. As a result, businesses, particularly those in the Middle East, should emphasize providing local content. 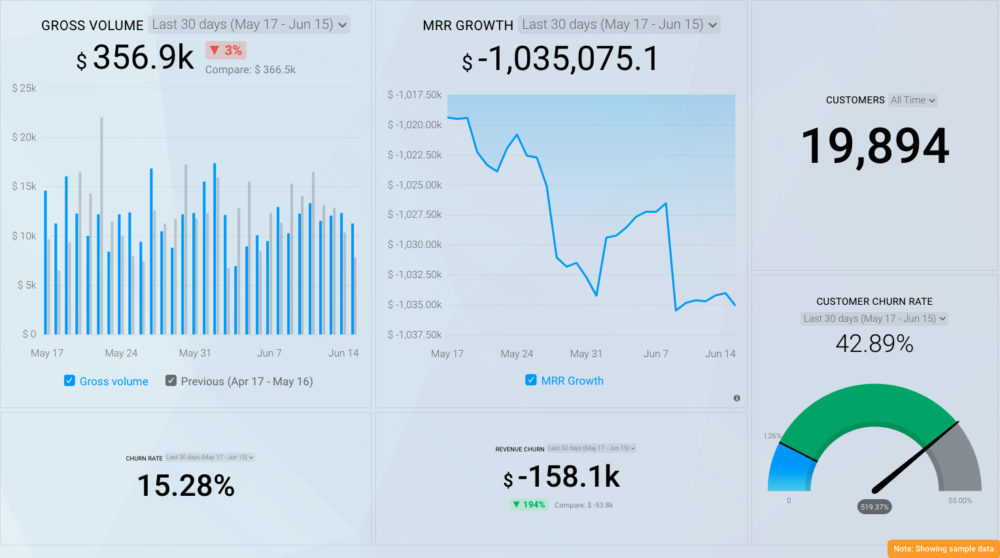 It’s evident that individuals respond better to stuff they can understand.

Businesses must now employ multilingual marketing techniques to survive in the global market. Users today want brands to communicate with them in their own language. However, the fact that English makes up 60% of the material on websites with multilingual users implies that this desire hasn’t yet been satisfied. Besides annoying users, language carelessness may negatively affect your company’s profits and customer retention.

Online shops are continuously growing even as the global recession is slowly ending. Because of this, it’s more crucial than ever to ensure your eCommerce marketing strategy is effective on all fronts. To do this, you must provide your advertising efforts to satisfy the demands of Arabic clients in terms of localization and Arabic content. 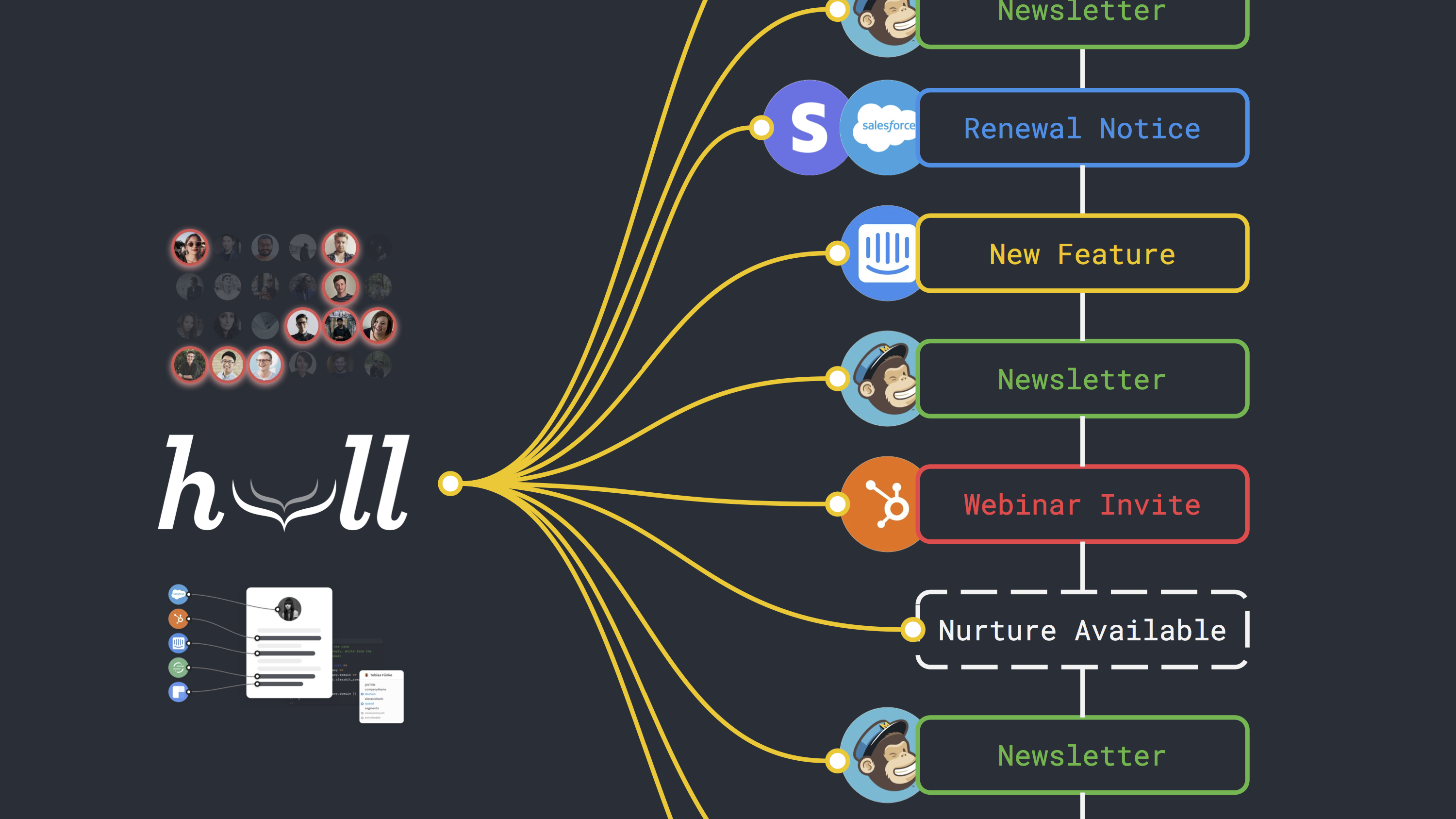 A technique to boost sales, attract new clients, and broaden your clientele can be done through email localization. Localizing your email marketing campaign may make the content more relevant for recipients who speak different languages and represent diverse racial and cultural groups.

Not surprisingly, you should consider localizing for the Arabic market, given the 34.84 million Arabic-speaking internet users. Approximately 422 million people speak Arabic and its many dialects. These figures demonstrate a significant possibility for businesses looking to provide content for Arabic-speaking audiences. To attract the attention of the Arab world, companies realize the need to localize their websites, marketing initiatives, social media posts, etc., into this language. Email personalization has become crucial for firms looking to succeed in Arabian countries. 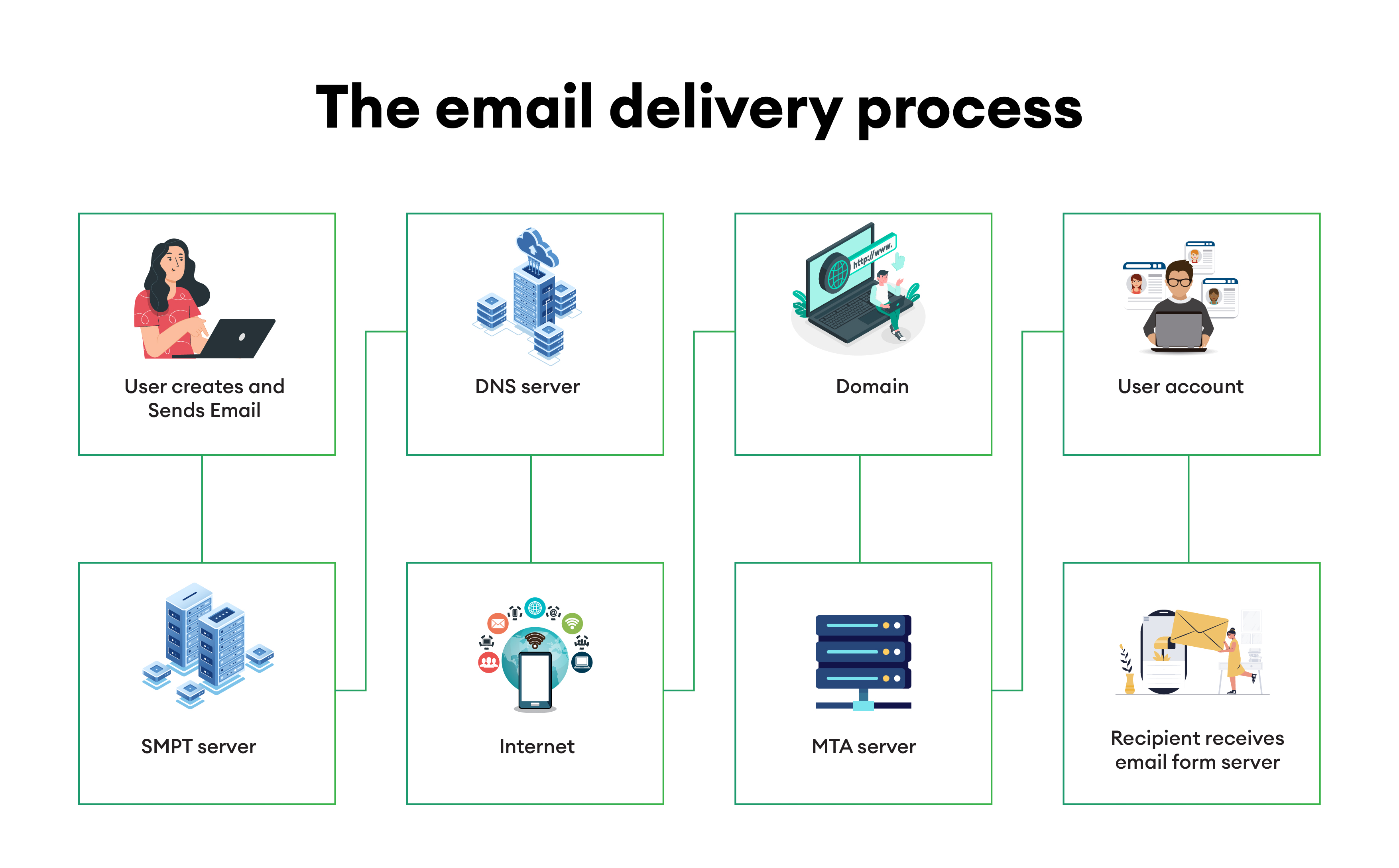 The process of email reaching an inbox is much complex than we can see it. There is a server which transmits the mail and a receiving server which accepts the mail.

More the open ratio of the email better is the reputation built for the domain sending the mail , thus when customers in Middle East are targeted with their local language in Arabic the chances of opening the mails is higher which in turn helps the domain to build its reputation . In all helping the Email Campaign to have a higher delivery rate.

The outlook for Email marketing in Arabic is bright due to the high number of email users in the Middle East. Besides, it has also been found that consumers are extremely open about their purchase behavior when they sign up for an email subscription.

To sum it up, we can say that Email marketing is one of the best ways to make your products or services more loved by everyone. So don’t miss out on this golden opportunity and get your brand connected with potential customers!

4 benefits of why is Native Advertising Important for Paid Marketing?

Why Businesses Need Data-Driven Marketing in 2022 For Growth

A Brief Introduction to the Ansoff Matrix